Главная › Блог › Lyn Wendon: The English Language as a Playground

Lyn Wendon: The English Language as a Playground 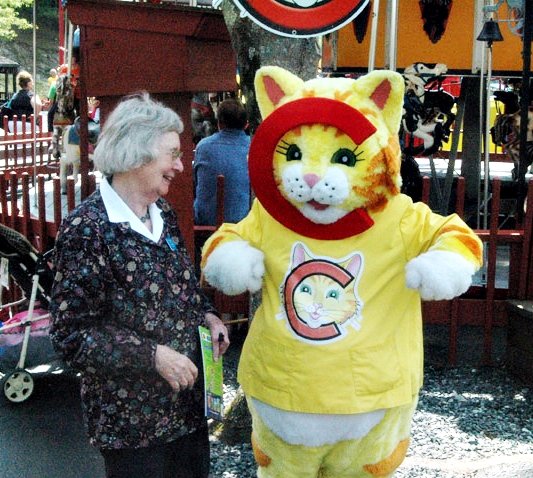 How the Letterland System uses play to help teach English

The first step for young Russian children learning English with Letterland is to help them to make friends with the English Alphabet’s letter shapes – 26 uppercase and 26 lowercase letters. Yes, gradually, all 52 of them! It will also be important to keep children safe from the confusions that can arise, in particular, with the 6 English letter shapes that look alike in both Russian and in English but represent completely different sounds: B, H, P, C, y and X.

This is where Letterland’s strong visual imagery and ‘humanising’ designs come to the rescue.  First the System links the 52 shapes into uppercase and lowercase letters pairs. How? By embedding a picture of the same character within both letter shapes in each pair.  This pairing already lightens the learning load to 26.  Second it gives each of the resulting 26 letter pairs friendly character names and a story-like context. (To start with their teacher may explain the story content in Russian.) For example,

Meet Bouncy Ben, a bunny rabbit who loves bouncing into words making his B little “b…” sound. He also loves starting important words like names and   sentences with his blue ball balanced between his big brown ears.

Meet Harry Hat Man who hops along in words whispering his “hhh” sound because he hates noise. He is also so happy when he can start a sentence or a person’s name that he does a handstand with his hat on!

Meet Clever Cat who doesn’t say ‘meow’ like most cats because she’s a clever Letterland cat! So instead she goes into words making a clever little “c…” sound.  To start important words or sentences she takes a deep breath and gets much bigger!

First, and most important, they save having to start learning English by memorising the English letter names, “Aee, bee, Cee, etc.” This is a time-honoured tradition, still practiced in the United States and many other countries when teaching English. But it is a flawed tradition, 1) because the names themselves are meaningless, so they are difficult for children to memorize without a lot of practice and repetition, and 2) because no less than 15 of them actually begin with another letter’s sound!*  So children in school systems that require them to learn both the sounds and names at the start of school easily get confused between letter sounds and letter names. For some American children this confusion can last for a whole school year, interfering with progress in both reading and spelling.

Second, each character name provides the letter’s sound, so that all children need to do is to START to say the character’s name and the letter’s correct sound is on their lips! Therefore unlike learning the colourless ‘aee,bee,cee’ letter names, no boring drill work is needed.

Third, the alliterative Letterland character names make it easy for children to talk about the letters, and the way they behave in words. This is a key point.

The pre-school and early primary school years are the time in children’s lives when they sponge up new vocabulary, when they are full of curiosity, and when they are keen to participate in imaginative play.  Letterland is designed to fit right into this formative stage of development by providing its ‘secret’ imaginary land for youngsters to explore, and a set of characters they can surround with words which begin with their sound. Learning the letter shapes and letter sounds starts to feel more like play when they can speak about these new alphabet friends using their alliterative character names. (Each time they talk about any of them they are actually repeating the letter’s correct sound twice, or in the case of Zig Zag Zebra three times.)

An important goal in creating the Letterland System was to find a way to talk about phonic facts that could be inviting enough for children to actually want to hear about them.  I needed the ‘teacher language’ about language to be clear, so clear and so lively that the children could feel comfortable listening to it, and ideally even feel comfortable speaking it themselves. To my surprise, it was the young English children with learning difficulties whom I was teaching who showed me how to do this. Move into the child’s language of make-believe through story telling!

Once I started presenting the letters as little people and animals who were ‘alive’ in our imaginations, these British 6, 7 and 8-year olds showed me how making up brief story explanations for otherwise boring phonic facts could be more child-friendly, and also more effective than the normal dry vocabulary of typical phonic programs – with their focus on the impersonal and confusing letter names, on vowels, consonants, rules about long sounds and short sounds, vowel pairs, exceptions, etc.  Our first stories, thought up spontaneously by the children themselves, were in fact a form of parallel thinking that could turn the many normally dry facts at the core of any typical phonics program into child-friendly facts. Without realising it, my young students with learning difficulties had shown me the power of metaphors and of alliteration as major routes into playfully learning the structure of the English language!

This fictional route gives children learning English as an additional language a way to answer their own questions about the letters, once the letters have become ‘alive’.  In discussing their own favourite food in their native language, the children want to know the English word for it so they can find out who in Letterland also loves their favourite food! If it is bananas, they can be sure it must be Bouncy Ben because ‘bananas’ starts with his sound. If it is cake, they quickly link it to Clever Cat because ‘cake’ starts with her sound, etc.

Alliteration as a springboard for vocabulary development

Alliteration is a linguistic phenomenon that even 3 and 4 yr olds can respond to and enjoy.  In the Letterland context it also provides a springboard to new vocabulary. After the children have pretended to be Harry Hat Man, hopping around the classroom whispering ‘hhh’ as they hop, the teacher may ask, “Are there any parts of our bodies that begin with Harry Hat Man’s whispered ‘hhh’ sound?” With her help the children discover that there are six. They learn their meanings by playing the following little action game – very slowly at first, then gradually faster.  Later on, they can play it again, changing the order of the actions for fun.

Nor do they forget the ‘hhh’ sound or exactly which abstract letter shapes (H and h) belong with that hhh-sound!

Teaching phonics normally has strong associations with learning lists of words and teachers making attempts to deliver cheerfully a whole range of indigestible information that is not age-appropriate. Letterland teaching is more like playing with ideas and playing with words.  It aims to meet the children’s communication needs at their own developmental level by focusing their minds on thoughtful listening, on gathering words of a kind around a given letter character, on speculating about the ‘Letterlanders’ and their lives, on talking about the little Letterland story explanations together, retelling them in their own words, and making ideational connections that enable them to take ownership of all the alphabet shapes and sounds in a way that feels natural.

These are just a few of a range of options and activities with which Letterland enables children to turn the English language into their playground, enriching their speaking and listening skills, growing their vocabulary, and gently building their phonic skills without the children even realising what a strong foundation they are acquiring as they move into reading, writing and spelling in English.

*Misleading sounds at the start of no less than 15 English “aee,bee,cee” letter names.